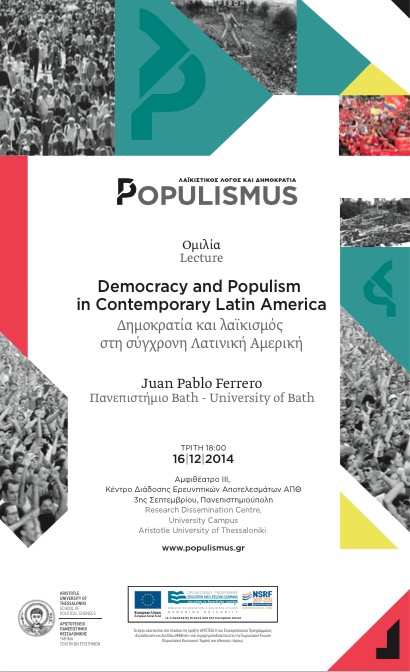 Latin America has come a long way since the transition from authoritarian rule and over the past ten years has produced an original political response to market hegemony.In this talk we will argue that we have witnessed a ‘move to the left’.Unlike most recent studies that tend to focus exclusively on the role of political leaders, we will substantiate our argument with evidence from how ordinary people came to mobilise and challenge a global paradigm.

To do this, we need to explain the rise of collective action and its translation into a political movement in times of social fragmentation. Discourse Theory and its renewed take on populism as the logic of formation of political identities (Laclau) constitute key analytical lenses for this purpose.

In relation to the latter, the talk will also examine closely what we mean by democracy and offer suggestions on how one should approach democratic manifestations and movements if radical democracy is to be placed at the forefront of a renewed theoretico-political strategy. 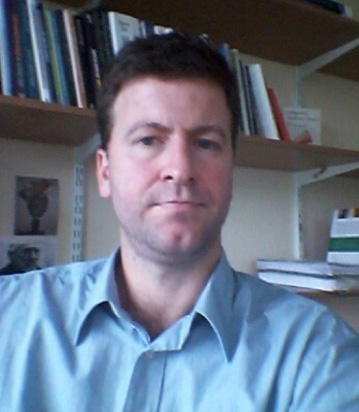 His research interests include Latin American political sociology, social mobilization, democracy, populism, and discourse theory. He has published on social movements like the Landless Rural Workers’ Movement in Brazil, and also on social protest and its effect on political discourse.His latest book has just been published: Democracy against Neoliberalism in Argentina and Brazil: A Move to the Left, Basingstoke: Palgrave Macmillan, 2014.
Juan Pablo Ferrero in Academia.edu