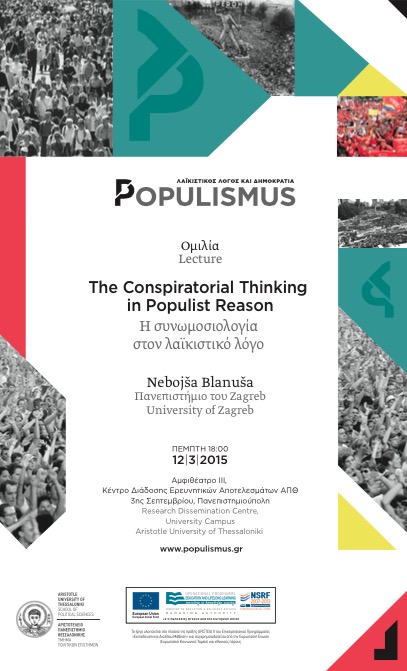 Conspiratorial thinking concerning elite behavior is a defining characteristic of populist imagination. The primary function of such thinking is to establish the front-line between friends and foes, Good and Evil, which acquires a Manichean flavor in full-blown populist discourse. Such more or less simplistic representations are neither a superficial phenomenon nor a secondary political pathology. Conspiratorial interpretations can reveal latent political cleavages and their articulations in particular societies. To understand them as a fertile ground for populist (or other forms of political) appeal, and to examine their relation to more ‘substantial’ ideologies, one needs to focus on the following questions:
– How is the ‘will of the people’ discursively articulated as an imagined ‘energy’ of political community? What kind of master signifiers, images and narratives are used to re-present the people and the beloved, romanticized and/or endangered (by conspiracy) political community?

– What kinds of ethics, values, ideals and goals are considered to be endangered or trampled by elite conspiracies? How are intentions and world-views of enemies and the level of their alleged ‘diabolical’ nature re-presented? Who is also considered as their accomplice? Are they conceived in terms of a power-block? (e.g. of inner and outer enemies)

– What kinds of counter-measures against defined enemies are put forward in populist (and other, non-populist) appeals? 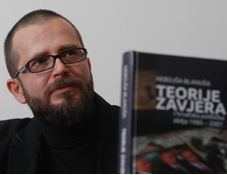 About the speaker :
Dr Nebojša Blanuša is Assistant Professor of Political Psychology at the Faculty of Political Science, University of Zagreb. His main research interests concern: political psychoanalysis, nationalism, conspiratorial thinking, political cynicism, political behaviour, historical and political cleavages, euroscepticism, social science research methods etc. He is the author of Conspiracy Theories and Croatian Political Reality 1980 – 2007 (2011 – in Croatian). He teaches courses on Social and Political Psychology, Politics and Art in South-East Europe and The Political Unconscious.