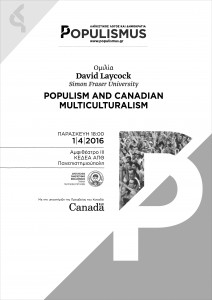 Abstract: Is it possible for right-wing populism to undermine multiculturalism without employing the extreme nativism and xenophobia found in much European and American populism today? In this paper I will explore this possibility by considering how right-wing populism in Canada, over the past several decades, has attempted to detach multiculturalism from the Canadian welfare state without rejecting all politically salient aspects of multiculturalism.  I will argue that their response has blended important elements of exclusive and inclusive populist appeal with a conservative policy agenda. I will begin with a look at the liberal egalitarian foundations of Canadian multiculturalism to which right-populists have consistently objected, and an overview of past Canadian populisms. My discussion of the right-populist campaign to detach multiculturalism from the Canadian welfare state will focus ontheir strategic use of a limited multiculturalism, their deployment of standard populist discursive frames and appeals, and the anti-statist conservative ideology that has driven their rejection of modestly egalitarian multiculturalism. 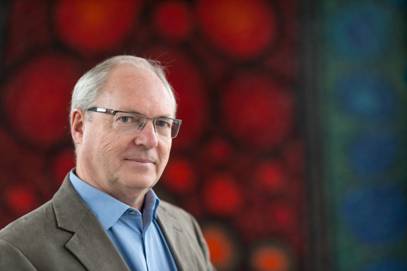 About the speaker : Professor Daivid Laycock focuses his research on political ideologies, democratic theory, Canadian party politics, and public policy. His mostrecent book is Reviving Social Democracy: the Near Death and Surprising Rise of the Federal NDP(2014), co-edited with Lynda Erickson. More detailed information is available from here: : https://www.sfu.ca/politics/faculty/full-time/david_laycock.html .