John McCormick, University of Chicago, “Democracy in Crisis and the Populist Challenge” 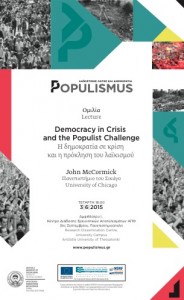 Contemporary representative democracies are failing their citizenries throughout the globe. They consistently prove to be unresponsive and unaccountable to democratic citizens, and they permit wealthy political actors to wield excessive and deleterious influence over the workings or government. This lecture will highlight the structural deficiencies of modern democracies, and criticize the insufficiency of scholarly responses to the contemporary crisis of democracy; in particular, a rampant aversion to majority rule and “populism” among supposed “democratic theorists.” McCormick will draw on the political thought of Machiavelli to formulate possible solutions to the plutocracy and unaccountability problems plaguing democracy today. 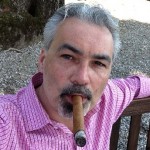